Julian Edelman is ready for a new era in New England following the signing of Cam Newton, but Patriots legend Tom Brady was quick to remind him of their storied partnership.

Newton, the NFL MVP in 2015, could soon be the starting quarterback for the Patriots after reportedly inking a one-year deal with New England following his release by the Carolina Panthers in March.

Having battled shoulder and foot issues in his final two seasons with the Panthers, there is doubt as to whether he can recapture his best.

However, if healthy, Newton will be regarded as the favourite to take the reins of the offense from Brady following his departure for the Tampa Bay Buccaneers after 20 seasons and six Super Bowl titles, with 2019 fourth-round pick Jarrett Stidham having previously been seen as the presumptive 2020 starter.

Brady's rapport with wide receiver Edelman was crucial to three of New England's six championships, with the latter named MVP of their Super Bowl LIII win over the Los Angeles Rams at the end of the 2018 season.

In an Instagram post featuring a mocked-up image of Edelman celebrating with Newton in Patriots uniforms, the wideout expressed excitement at the former Panther's arrival.

Brady replied, writing: "I will always be your #1."

Given the success the two enjoyed together, Brady's claim may be correct, but he could soon have some competition if Newton returns to peak form in Foxborough. 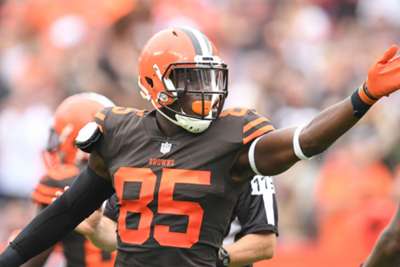