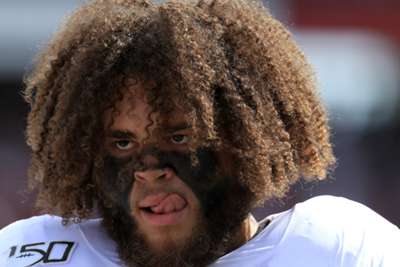 Wills' deal is believed to be worth $19.7million and includes a reported $11.889m signing bonus.

He protected left-handed Tua Tagovailoa's blindside in college but is expected to step in and start at left tackle in the NFL.