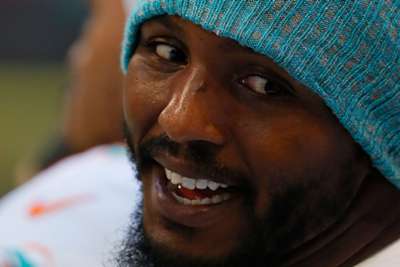 Dallas Cowboys defensive end Robert Quinn has been suspended for the first two games of the regular season after violating the NFL's policy on performance-enhancing substances.

Quinn was already dealing with a broken hand, which he suffered in practice earlier this week. The injury required surgery, but he was expected to be fully healthy for week one.

The 29-year-old is set to enter his first season with the Cowboys after the team acquired him in a trade with the Dolphins in March. He has recorded 69 sacks in 111 career games with the St Louis and Los Angeles Rams and Miami Dolphins.

Quinn is eligible to return after Dallas' week two game against the Washington Redskins on September 15, though his agent – Sean Kiernan – has criticised the NFL's decision.

"I am extremely disappointed in the NFL for following through with this suspension," a statement on Twitter read.

"In life there are real world instances where a totality of the circumstances must be analysed. This is one such case. Rob has a medical history with seizures that requires him to take multiple doses of preventative medication daily to regulate them.

"I've been working with NFL players for 20 years, and I can't think of a situation where I've been personally involved where the league was as tone deaf as it was here.

"Now, Rob will be punished for something that would have been impossible for him to prevent, and even though the NFL admitted during the hearing that it did not believe Rob was intentionally doping, they still suspended him.

"I hope the league office will be more thoughtful and conscious in the future if this ever happens to another player."