Jets to do without Copeland for four games due to suspension 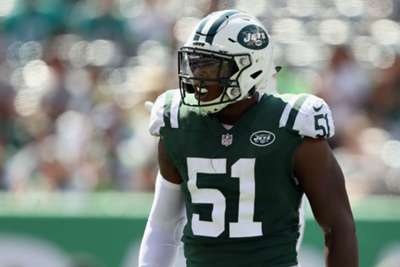 The New York Jets will be without Brandon Copeland for the first four games of the 2019 season after the outside linebacker was suspended for violating the NFL's performance-enhancing drugs policy.

Copeland will be allowed to practice and participate in his team's final two preseason games, yet he will not be able to return to the Jets' roster until October 7, after their game against the Philadelphia Eagles.

His absence is a further blow for the franchise – they will be without inside linebacker Avery Williamson for the entire campaign due to torn anterior cruciate ligament.

After the suspension was announced, Copeland revealed on Instagram that he took a supplement that "was contaminated with a banned substance," though stated it was not listed on the label.

"Regardless of the reason, League policy says I am responsible for what is in my body. I've had a roller coaster ride of a career and all of my previous test results have been negative," Copeland wrote in the post.

"This is simply a chapter in my journey that is still being written. And as always, never let the obstacle become bigger than the OPPORTUNITY."

Copeland, who remained with the Jets by signing a one-year deal in free agency, is coming off his best year, having finished with a career-high five sacks.