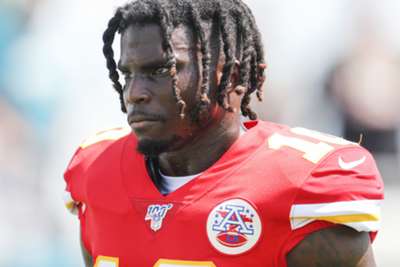 Kansas City star Tyreek Hill will not play any further part against the Jacksonville Jaguars on Sunday due to a shoulder injury, the team announced.

The Chiefs wide receiver was injured on his second catch when he was tackled by Jaguars cornerback Jalen Ramsey.

Hill, who was in obvious pain, had two catches for 16 yards before leaving.

UPDATE: Tyreek Hill is out. https://t.co/KqlpHPjjiQ

Jaguars quarterback Nick Foles also exited the game with a shoulder injury and was later ruled out for the remainder of the matchup.