NFL news and notes: Brown practises after rape accusation, Hill out for 4-6 weeks 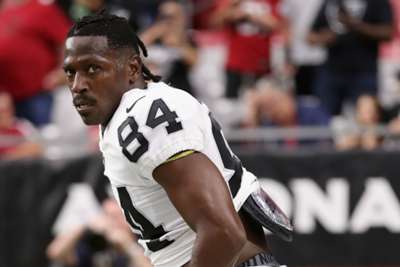 There was not a shortage of news heading into Week 2 as the Antonio Brown chronicle took yet another turn.

Elsewhere around the league, the reality of injuries suffered opening weekend began to sink in as some players hit injured reserve early.

Just when you thought the saga was finally over, the New England Patriots receiver was accused of sexually assaulting and raping his former trainer, Britney Taylor, in a civil lawsuit filed in the Southern District of Florida on Tuesday. The lawsuit alleges there were three separate incidents, two of which occurred in June 2017 and a third that took place in May 2018.

Brown's attorney denied "each and every allegation in the lawsuit". Patriots coach Bill Belichick could not confirm if Brown would play against the Miami Dolphins in Week 2 but he was on the field for practice at the team facility in a number one uniform.

Antonio Brown, wearing No. 1, is here at #Patriots practice. Would need to pick a different number for games. pic.twitter.com/iIKDoMTtIV

"I'm not going to be expanding on the statements that have already been given," Belichick told reporters sternly. "When we know more, we'll say more."

The Kansas City Chiefs appear optimistic, however, as the team opted not to place the receiver on injured reserve. It was a good indication that Hill avoided serious injury, but it still leaves a sizable void on offense. The setback also comes after Hill agreed to a reported three-year, $54million extension despite an offseason overshadowed by numerous off-field incidents.

Meanwhile, Chiefs quarterback Patrick Mahomes practiced on Wednesday after playing through a sprained ankle in the team's chippy Week 1 win over the Jacksonville Jaguars.

Quincy Enunwa out for season with another neck injury

The New York Jets receiver has now suffered two in the past three years, though it is unclear whether the most recent injury is considered career-threatening. Enunwa previously missed the entire 2017 season after hurting his neck in training camp.

New York are already without tight end Chris Herndon, who is serving a four-game suspension to start the season, so losing Enunwa is another blow to the team's offense, especially after he signed a four-year extension worth $36m in December.

The Los Angeles Chargers tight end is no stranger to injuries, but the latest is pretty significant. The team announced Henry suffered a tibial plateau fracture – a break in the upper portion of the tibia or the shin bone – to his left knee on Sunday and will be out for an undisclosed time, though it was reported he could miss four to six weeks.

Henry, who had four catches for 60 yards against the Indianapolis Colts, previously suffered a lacerated kidney in 2017 and a torn anterior cruciate ligament (ACL) in the 2018 preseason.

AJ Green out of walking boot

While there is still no timeline for his return, it is a positive sign for the Cincinnati Bengals receiver, who continues to make strides in his recovery from preseason ankle surgery.

"Everything's going in a great direction," Green told reporters in his first public comments since suffering the injury during training camp.

Green added that he ran for about 10 minutes on Tuesday and worked out his legs with the team's strength and conditioning coach on Wednesday, noting that his range of motion remains limited but is improving.

Because even after 18 years, we will never forget.

From ESPN NFL LIVE: NFL players remember where they were 18 years ago during 9/11 pic.twitter.com/dWsCTLecGJ

After all his helmet drama, Brown did not even wear the headgear he had settled on before leaving the Oakland Raiders during his first practice with the Patriots.