Rodgers to Packers fans: Don´t do the wave when we´re on offense 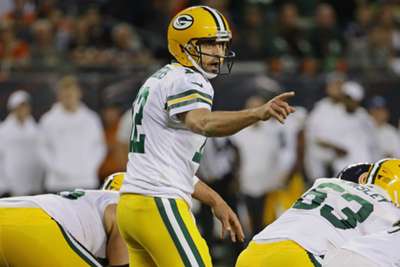 Green Bay are set to play five of their next six games at Lambeau Field and Rodgers has a request for the home crowd.

"My only ask is that we don't do the wave when we're on offense," Rodgers said on Wednesday, via The Athletic.

Green Bay came away with a victory against the Bears in Chicago in Week 1 but only managed to score 10 points in their first game under new coach Matt LaFleur.

"I think we have to run the ball a little better," Rodgers told reporters.

"Obviously in this offense, when it's most effective you're running the football really well and the action comes off those runs. We have to start a little faster. You'd expect to at home without the crowd noise being an issue. So we look to start fast in the run game this week."

"We've got plenty of time," Adams said. "I try not to think about that – we've got time – because that tends to make people drag their feet. I'm an urgent guy. I like to get better quick. I like to see results fast."

The Packers will begin their homestand against the Minnesota Vikings on Sunday.