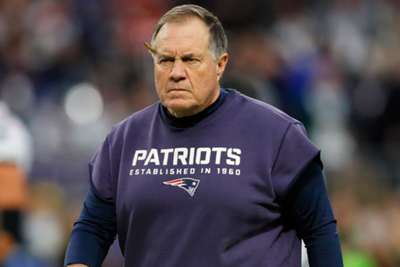 With Week 2 underway, we take a look at the top storylines around the league.

From reaction to the Carolina Panthers suffering another loss on Thursday to New York Jets defensive coordinator Gregg Williams responding to Odell Beckham Jr.'s recent comments, we follow all that is happening on Friday in this edition of NFL news and notes.

After the Panthers fell to the Tampa Bay Buccaneers 20-14 on Thursday, quarterback Cam Newton shouldered most of the blame. He said all fingers will be pointed at him to try and figure out how to turn around an 0-2 start.

"We didn't uphold our end and we're past due. Special teams had a good return, defensively we were stout all game, but all fingers are pointing back to me specifically – and the offense," Newton said. "It's extremely frustrating knowing that you're getting opportunities and you just can't put the ball in the end zone. That's what we have to figure out – what I have to figure out."

Newton threw for 324 yards but completed just 24 of 51 passes and was sacked three times as the Panthers failed to score a touchdown. There has been speculation with Newton's health as he had shoulder surgery during the offseason and suffered a foot injury in the preseason. Coach Ron Rivera insisted, though, that Newton's health is not a concern.

"There's no issue with his shoulder. He threw the deep ball today, threw it a couple times," Rivera said.

Jets defensive coordinator Williams responded to Beckham's accusations that the coach told his players to injure the wide receiver during a preseason game two years ago.  When pressed about Beckham's recent claims, Williams said with a slight laugh: "Odell who?" before saying, "That was a joke ... that was Jerry [Jones]," in reference to how the Dallas Cowboys owner responded to Ezekiel Elliott holdout questions in the preseason.

"We don't do that. Never done that anywhere I've been. We don't do anything to hurt the team," Williams said.

Jets DC Gregg Williams responds to Odell Beckham’s accusations that he told his players to injure the star WR two years ago.

Beckham said on Thursday that Williams, who was a defensive coordinator for the Cleveland Browns from 2017-18 before serving as interim head coach in 2018, coaches his players to make "dirty hits and cheap shots" targeted at him. Beckham added Williams "changed my life forever" when he was hit during a preseason game in 2017 while playing for the New York Giants, which resulted in an ankle injury. He claims Browns players told him that Williams would tell his players to take the receiver out.

Needless to say, Monday's Week 2 game between the Jets and Browns will be an interesting one.

The Giants will be without a key part of their offense against the Buffalo Bills on Sunday. New York have ruled out wide receiver Sterling Shepard, who was placed in the NFL's concussion protocol this week as a result of a hit he suffered in Week 1's loss to the Cowboys. The Giants had been hopeful that Shepard would be ready to play and he continued working on the side in practice this week.

Coach Pat Shurmur said on Thursday he was "doing OK", but still needed to pass steps in the protocol before being cleared.

The news certainly is not good for the Giants as their receivers have been hit hard with injuries. Cody Latimer (questionable for Sunday's game) and Darius Slayton (ruled out) are both hampered by hamstring injuries. In addition, Golden Tate has three games remaining on his suspension for violating the NFL policy on performance-enhancing substances, and Corey Coleman is on the injured reserve.

The Giants re-signed TJ Jones on Thursday to fill the void.

New England Patriots coach Bill Belichick addressed Antonio Brown's Week 2 status, though he was not willing to divulge too much information about his game plan for Sunday against the Miami Dolphins.

"We'll do what's best for the team," he told reporters on Friday.

Brown practised with the Patriots on Wednesday after signing a one-year deal with the team at the start of the week, but Belichick said Brown still has "a long way to go" and the receiver is "not familiar with our offense".

Brown has been accused of sexually assaulting his former trainer, Britney Taylor, in a lawsuit filed on Tuesday in the Southern District of Florida. The lawsuit alleges there were three separate incidents, two of which occurred in June 2017. Taylor alleges in the suit she was "forcibly raped" by Brown in the other incident, which took place in May 2018.

Torrey Smith is ready to call it a career. The former receiver last played for the Panthers, but he was cut less than two weeks ago. He previously spent time with the Baltimore Ravens, San Francisco 49ers and Philadelphia Eagles.

"Dear football, I knew this day would come, and to be completely honest, I've been preparing for it my entire career," Smith said during a video posted on Twitter. "You and I both knew the game for me wouldn't last forever. It's the NFL circle of life and I'm prepared for what's next."

For those of you who have been wondering why things have been quiet, it was my decision https://t.co/SBdnwVgPyZ

Smith, 30, finished his career with 319 catches for 5,141 yards and 41 touchdowns. He won Super Bowl titles with the Ravens and Eagles.

In the NFL, players become known for their touchdown celebrations, and it looks like some rookies were practising their moves.

Which rookie had the best TD dance? pic.twitter.com/57BxMKVOay

Houston Texans wide receiver DeAndre Hopkins had high praise for the Jacksonville Jaguars' Jalen Ramsey. He said Ramsey is his "favourite corner to play against".