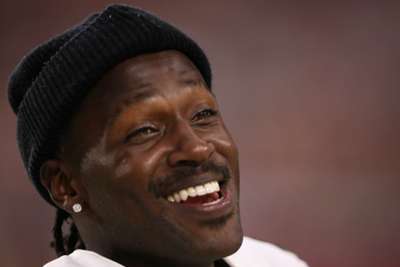 Antonio Brown will finally return to NFL action after being named on the New England Patriots' active roster against the Miami Dolphins.

Brown has been the most talked about player in the league in recent months, having forced a trade from the Pittsburgh Steelers to the Oakland Raiders, who then granted his request for a release after a series of off-field episodes.

The star wide receiver joined the Patriots on Monday and practiced this week, travelling with the team to Miami.

Coach Bill Belichick had suggested Brown was still learning New England's offense but he was named among the 46 active players on Sunday.

The news of Brown's start comes after Britney Taylor, his former trainer, filed a civil lawsuit against him in Florida this week, claiming he sexually assaulted her three times over two years, allegedly raping her in 2018.

Brown has denied the allegations, while the NFL has opened its own investigation.