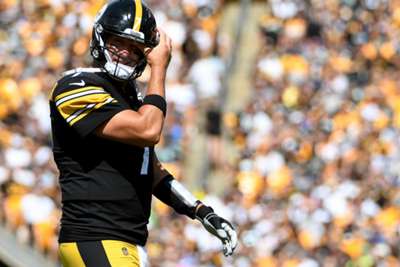 Pittsburgh Steelers quarterback Ben Roethlisberger left their game with the Seattle Seahawks with an elbow injury.

Roethlisberger was seen shaking his throwing arm at various points during the first half of Sunday's home opener and even exited to the locker room before returning to the sideline to play through the injury.

However, the pain caught up with him and he was replaced by backup Mason Rudolph for the second half, with Roethlisberger described as questionable to return.

Things got off to a rought start for Rudolph as he was quickly intercepted, though he brought the Steelers within two points of the Seahawks in the fourth quarter.