Steelers´ Tomlin on 0-2 start to NFL season: ´We understand the position we´re in´ 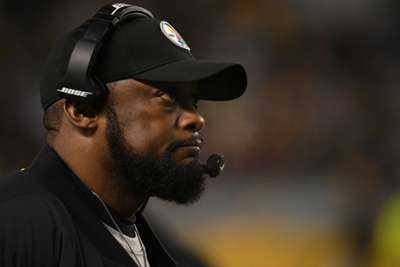 Mike Tomlin is not happy with the Pittsburgh Steelers' winless start to the season following Sunday's defeat to the Seattle Seahawks.

The Steelers fell to 0-2 in the NFL after a 28-26 loss to the Seahawks at Heinz Field in Pittsburgh.

It was a costly defeat for the struggling Steelers, who saw quarterback Ben Roethlisberger (elbow) and running back James Conner (knee) suffer injuries in the game.

However, Steelers head coach Tomlin told reporters that was not the reason Pittsburgh lost to Seattle.

"We had opportunities down the field, the ball went through our hands for an interception," Tomlin said post-game.

"We've got to make plays. The guys that represented us on the field are fully capable of that. We didn't make enough of them and that's why we lost the game. We had our chances. Not because of the injuries."

The Steelers entered the season with high expectations. The team, however, have struggled so far and were also blown out by reigning Super Bowl champions the New England Patriots in Week 1.

Tomlin told reporters after the game "he doesn't know the extent" of Roethlisberger's injury.

Roethlisberger was replaced by Mason Rudolph, who completed 12 of his 19 passes for 112 yards with two touchdowns and an interception against Seattle.

The Steelers will face the San Francisco 49ers on the road in Week 3.