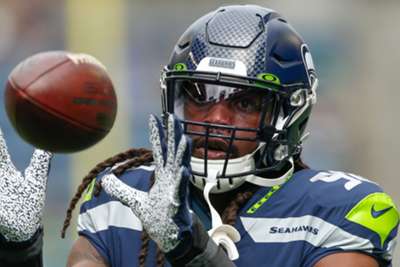 Jadeveon Clowney said Russell Wilson is "half the reason" he opted to join the Seattle Seahawks as he hailed his star team-mate.

Wilson engineered a second-half comeback in Seattle's 28-26 NFL win over the Pittsburgh Steelers on Sunday, throwing for 300 yards and three touchdowns in the victory.

Clowney, who arrived from the Houston Texans before the start of the season, was highly complementary of six-time Pro Bowler Wilson afterwards.

"That's half the reason I wanted to come [to Seattle], because of Russ," Clowney told reports post-game.

What do you get the man that just won his 100th game for the #Seahawks for his birthday? The game ball of course.

The Texans and Seahawks agreed to a blockbuster deal for pass-rusher Clowney at the beginning of September.

Clowney was selected by the Texans with the first pick in the 2014 NFL Draft. He has recorded 29 sacks in four seasons, including 18.5 sacks since the start of 2017.

In two games with the Seahawks, Clowney has one sack and one pass defended.