Steelers quarterback Roethlisberger out for season with elbow injury 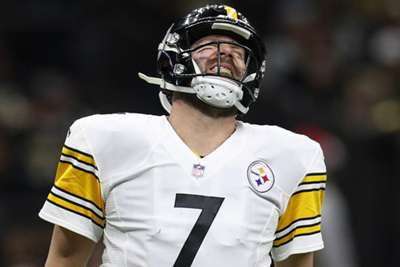 Pittsburgh Steelers quarterback Ben Roethlisberger has been ruled out for the remainder of the 2019 NFL season with an elbow injury.

Roethlisberger will need surgery on his right elbow after damaging it in Sunday's 28-26 loss to the Seattle Seahawks, coach Mike Tomlin announced on Monday.

"Ben Roethlisberger had an MRI on his right elbow Sunday evening and it was determined by the Steelers' medical team that surgery will be required," Tomlin said in a statement.

"We expect the surgery will be scheduled for this week. He will be placed on our Reserve/Injured List and is out for the season."

Roethlisberger was seen shaking his throwing arm at various points during the first half of the team's home opener and even left for the locker room before returning to the sideline to play through the injury. He was later listed as questionable to return and backup Mason Rudolph started the second half.

Roethlisberger completed eight of his 15 pass attempts for 75 yards.

As for Rudolph, he saw his second pass tipped and intercepted, though he bounced back and filled in admirably, throwing for 112 yards and a pair of touchdowns.

There is further concern about Pittsburgh's offense after running back James Conner left the Seahawks game with a knee injury. The Steelers have yet to announce an update on the status of Conner, who missed three games last season with an ankle injury.

The Steelers will look to avoid a dreadful 0-3 start when they visit the 2-0 San Francisco 49ers in Week 3.