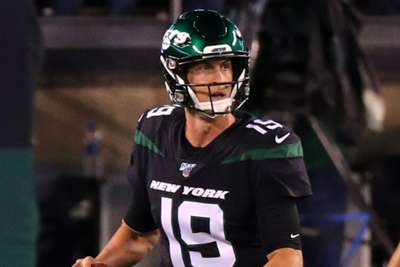 New York, who were already without starter Sam Darnold, were forced to bring in third-string signal-caller Luke Falk.

Siemian was tackled awkwardly in the second quarter and went to the locker room after spending time on the bench being evaluated.

He was, however, able to put weight on his leg.

QB Trevor Siemian is being evaluated for an ankle injury. #CLEvsNYJ

Before exiting the game, Siemian was three-for-six with only three yards.

Darnold missed the game with mono and is expected to be out until at least Week 5.