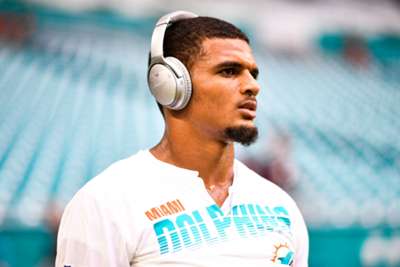 Minkah Fitzpatrick is heading to the Pittsburgh Steelers after the Miami Dolphins opted to trade the safety.

Miami have agreed to move the 22-year-old – who they drafted at number 11 overall only a year ago - to the Steelers in exchange for a 2020 first-round pick.

The Dolphins will also receive a 2020 fifth-round pick and a sixth-rounder in 2021 as part of the deal, while Pittsburgh will get fourth and seventh-round selections, along with the player.

They have not been competitive in either of their games this season – heavy losses to the Baltimore Ravens and New England Patriots – amid reports multiple players have contacted their agents with the hope of being traded away from the team.

Fitzpatrick played against the Patriots on Sunday even after the team granted him permission to seek a trade, as reports claimed they were "certain" they would receive a first-round pick in return.

He has recorded nine pass breakups and two interceptions in 18 career games, not missing a match in his young career.

The Steelers, meanwhile, are looking to revive their season as they sit 0-2 having lost quarterback Ben Roethlisberger after he suffered an elbow injury against the Seattle Seahawks that will require surgery.

With Roethlisberger out for the season, they face the unbeaten 49ers in San Francisco on Sunday with back-up QB Mason Rudolph set to start for the remainder of the campaign.