Panthers QB Newton a doubt for Week 3 after missing practice 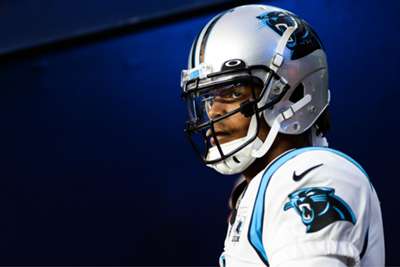 Carolina Panthers quarterback Cam Newton's status for Week 3 is in question after he missed practice due to a foot injury.

The Panthers announced on Tuesday that Newton was not present at practice, and general manager Marty Hurney said it was due to the re-aggravation of a mild-foot sprain he suffered during the preaseason.

There is no timetable for Newton's return.

"We will see how it goes," Hurney said, via The Athletic.

Newton went 25-for-51 passing in a loss to the Tampa Bay Buccaneers on Thursday and had a career-low two carries for zero yards.

The 2011 first overall pick had shoulder surgery in the offseason, and the Panthers' decision not to give him the ball on a quarterback sneak near the goal line in the waning moments of Thursday's game raised questions over his fitness.

Carolina have an 0-2 record after following losses to the Los Angeles Rams and the Buccaneers. The Panthers face the winless Arizona Cardinals on Sunday.