Quarterback carousel: Four of NFL´s most durable QBs gone in one week 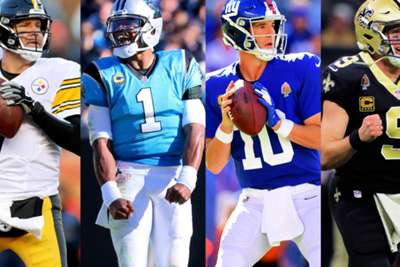 It is not a great week for some of the NFL's best and most durable quarterbacks.

- The New Orelans Saints' Brees will have surgery on a torn ligament on his right (throwing) thumb and is potentially out for six weeks.

- Roethlisberger is out for the season for the Pittsburgh Steelers and is set for surgery on his right (throwing) elbow.

- Newton aggravated the mid-foot sprain he suffered in the preseason and there is no timetable for his return for the Carolina Panthers.

- Manning was benched in favour of rookie Daniel Jones after the New York Giants' 0-2 start.

If Eli Manning has started his last NFL game, does he belong in the Pro Football Hall of Fame?

Here's a short list of pros and cons ... You tell us. pic.twitter.com/rfeXruaRSN

And this comes just one week after Nick Foles (shoulder) was sidelined for about 10 weeks and Sam Darnold (mono) was ruled out for an undetermined period. Not to mention the fact Andrew Luck retired before Week 1.

But this truly is the week that people will remember as one sure-fire Hall of Famer (Brees) and two probable Hall of Famers (Roethlisberger and Manning) were lost to injury or flagging performance.

So just what are we losing in these players? We take a look at some of their career numbers:

- They have been selected to 25 Pro Bowls.

- The four have been in seven Super Bowls and won five.

- They have made two first-team All-Pro teams.

- One has been an MVP (Newton) and two were Super Bowl MVPs (Brees and Manning).

- Since becoming full-time starters they have missed a combined 39 games out of 842, roughly one out of every 21 played.

- If their injuries and benchings are accurate, they will miss 35 games this season alone and possibly more.

The NFL certainly took a blow this week, but their careers are not over. Roethlisberger, Brees and Newton have football left in them, while Manning could easily stay on as a backup for the Giants and a mentor for Jones.