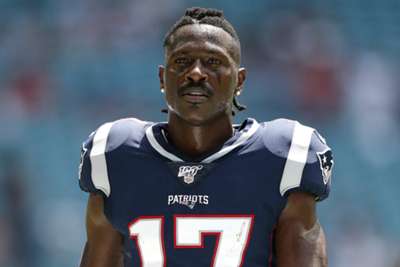 The Allegheny County District Attorney says a statute of limitations issue prevents prosecutors in Pennsylvania from filing charges against Antonio Brown, after he was accused of sexual assault.

New England Patriots wide receiver Brown was accused by former trainer Britney Taylor of sexual assault and rape, allegations he has strongly denied through his attorney.

Taylor claimed Brown sexually assaulted her once in Pittsburgh when he exposed himself to her and forcibly kissed her in July 2017. The other alleged sexual assault and alleged rape occurred in Florida.

However, the allegation being dealt with by Pittsburgh law enforcement is more than two years old, which means there will not be an investigation.

"Procedurally, it appears there is a statute of limitations issue in moving forward with any inquiry involving the Allegheny County allegation mentioned in the lawsuit."

It is unclear if Florida prosecutors will investigate charges on the rape and sexual assault allegations.

Taylor filed a civil suit against Brown last week, one day after the Patriots signed him to the team. ESPN reported on Friday that Brown will not be placed on the commissioner's exempt list because there is no criminal investigation into the wideout.

Taylor reportedly met with NFL investigators this week to give her statement, while Brown is expected to meet with the league soon to discuss the allegations.

Brown made his season debut last Sunday against the Miami Dolphins, where he caught four passes for 56 yards and a touchdown.