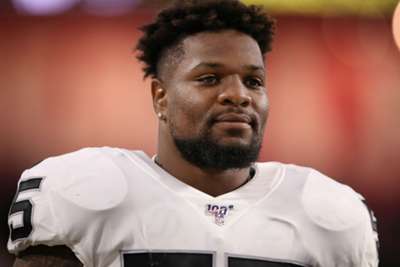 The NFL announced it has upheld the season-long suspension of Oakland Raiders linebacker Vontaze Burfict for his helmet-to-helmet hit on Indianapolis Colts tight end Jack Doyle.

Burfict has been banned for the remainder of the NFL season without pay for the hit, the league confirmed on Wednesday.

A Pro Bowler in 2013, Burfict was ejected in the second quarter of the Raiders' Week 4 win over the Colts last month.

"There were no mitigating circumstances on this play," the NFL said in a statement. "Your contact was unnecessary, flagrant and should have been avoided."

Burfict's team-mates came to the 29-year-old's defense after the hit, however, their appeals did not sway the NFL's decision.

"I don't think he was trying to hurt that man; the man was going down," quarterback Derek Carr told reporters after the suspension was first announced. "You see it all the time — there's flags flying everywhere.

"I don't think it's fair if we really got to know the guy. If the people making the decision really knew the guy that we know, inside our building ... he's a great person, his heart is broken because he's not playing football. The guy just wants to play football. We don't get a lot of time to play this game in our lives."

The Raiders are 3-2 this season and second in the AFC West behind the Kansas City Chiefs (4-1).