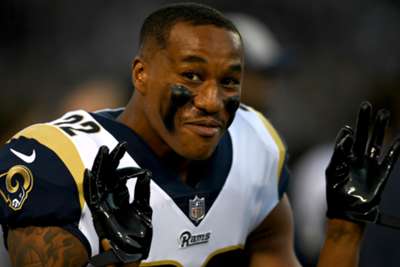 Marcus Peters has been traded to the Baltimore Ravens from the Los Angeles Rams.

Baltimore gave up linebacker Kenny Young and an undisclosed 2020 draft pick, reported to be a fifth-round selection, in return.

Peters, 26, came over to the Rams from the Kansas City Chiefs last March. He was part of a defensive-back tandem alongside Aqib Talib that was one of the best in football.

He has two interceptions and four passes defended through six games this year, while Talib was placed on injured reserve on Monday due to fractured ribs.

Peters is a two-time Pro Bowl player and a one-time first-team All-Pro. He also was the defensive rookie of the year in 2015.

The Rams have also acquired offensive lineman Austin Corbett, who was taken in the second round of the 2018 NFL Draft by the Cleveland Browns, for an undisclosed 2021 pick.