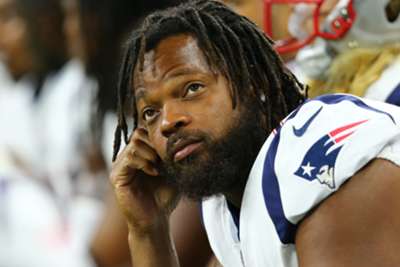 We dive into the biggest headlines from around the NFL in the latest edition of NFL news and notes.

Eyebrows were raised when the New England Patriots defensive end was absent from practice on Tuesday, and it was later reported he was banned for one week due to conduct detrimental to the team.

Michael Bennett, an 11-year veteran who was traded to New England in March, later addressed the situation and clarified the origin of the ban.

"On Friday, I had a philosophical disagreement with my position coach that has led to my suspension. I apologise to my team-mates for any distraction this may have caused," he told ESPN.

Bennett has played on just 35.7 per cent of the Patriots' defensive snaps this season and will not be able to return until Week 8 against the Cleveland Browns.

Kitchens confident Mayfield will be healthy after bye

Browns quarterback Baker Mayfield injured his hip in Sunday's loss to the Seattle Seahawks on a scramble, but his head coach shut down any doubt regarding his availability for the team's matchup against the Patriots after their bye week.

"He'll be in better shape physically and he'll be in a better place mentally, too," Kitchens told reporters.

The Browns held Mayfield out of practice on Tuesday as a precaution, but Kitchens assured there's "no doubt" he will be 100 per cent ready to face New England in Foxboro on October 27.

Chicago Bears defensive tackle Akiem Hicks initially suffered the injury in the team's Week 5 loss to the Oakland Raiders in London. He will now miss the next eight weeks at least, though Bears coach Matt Nagy left the door open for him to potentially return later this season. Hicks had six tackles, one sack, one fumble recovery, and one tackle-for-loss through four games before getting hurt.

The move comes one day after the team placed right guard Kyle Long on injured reserve as he continues to deal with a hip injury. It is certainly not ideal with Chicago slated to host the 5-1 New Orleans Saints in Week 6.

Nothing can be done at this point, but the NFL appeared to at least acknowledge the magnitude of the mistakes made Monday night as NFL vice-president of operations Troy Vincent noted the second hands to the face call on Detroit Lions defensive lineman Trey Flowers is "not something that you want to see called."

Vincent added he would reach out to Lions owner Martha Ford and general manager Bob Quinn to personally relay the message.

The league's allowance of instant replay to review pass interference this season was also discussed, though NFL competition committee chairman Rich McKay declined to discuss whether it is actually working.

"I don't think we would give a summation of whether a rule that's been in place for six weeks is working or not working," McKay told reporters.

There has been speculation over whether the former tight end will return to the NFL, but Rob Gronkowski recently gave his most definitive answer yet.

"I'll give an answer. When I retired, I retired for a reason: because I needed to step away," Gronkowski said. "So it would be a no. There it is."

Gronkowski had left the door open for a potential return to the field when he made his debut as Fox's newest NFL analyst last week, though he appears to have shut it again.

"I'm very satisfied where I'm at. I say it all the time: I would have never left the game if I was going to be itching every single day. I've said that before, many times.

"I had those thoughts, too. 'Would I be missing it?' And I just knew that it needed to be done. I'm very satisfied where I'm at."

There were plenty of feel-good moments in Week 6.

Antonio Brown is trying to stay relevant after he filed a number of grievances with the Patriots and Raiders.