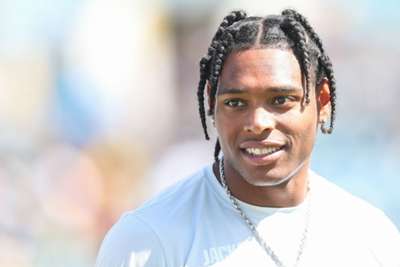 Jalen Ramsey is "overjoyed" to have been traded from the Jacksonville Jaguars to the Los Angeles Rams.

The cornerback was sent to the Rams in exchange for their 2020 and 2021 first-round picks, in addition to a 2021 fourth-round pick.

Ramsey told Sirius XM he was grateful to have been selected by Jacksonville in 2016, but that he's excited for a new opportunity in Los Angeles.

"I was so blessed to be drafted by the Jacksonville Jaguars. But now I've got a new chapter starting in my life, going out to LA and going to be a part of the LA Rams."

Ramsey had been working his way from a back injury that kept him out of his team's past three games. He also missed some time last month to be with his family for the birth of his second daughter.

The two-time Pro Bowl star's back issues emerged after there was speculation around his long-term future with the Jaguars. He was involved in a heated exchange with coach Doug Marrone on the sideline during the team's Week 2 loss to the Texans, which led to Ramsey requesting a trade.

"Given the situation with Jalen, we made this decision based on what we thought is in the best interest of the Jacksonville Jaguars, for this season and well into the future," Jaguars executive vice-president of football operations Tom Coughlin said in a statement.

"We feel the trade that we struck with the Rams gives us great value for the next two drafts, and we remain very confident that our team today will compete this season for a division title. Jalen was a productive player, but the time came to move on and we wish him and his family the best in Los Angeles."

Ramsey has nine interceptions and 45 pass breakups throughout his four-year NFL career.