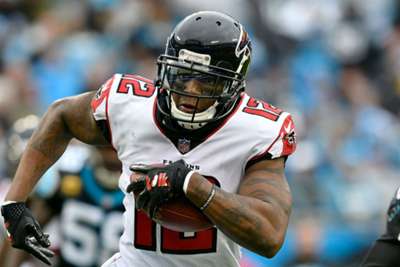 The unbeaten New England Patriots extended their winning streak on Monday before reportedly adding to their roster by trading for Mohamed Sanu the following day.

According to multiple reports, New England have acquired the wide receiver from the Atlanta Falcons for a second-round draft pick.

Sanu seemingly confirmed the trade on Twitter as he thanked the Falcons, saying he was "forever grateful for the opportunity".

I appreciate everything the organization has done for my family & I. Mr. Blank, TD, Coach Q, & everyone through the organization, I am forever grateful for the opportunity. To my Teammates & fan y’all know how I feel about y’all love y’all to death. #ThankYou

The Patriots were thought to have previously made a move for Sanu during the 2019 NFL Draft, but the Falcons held off until closer to the trade deadline, which falls on October 29.

Sanu, 30, played at Rutgers with the McCourty brothers, Devin and Jason, and Patriots assistant Steve Belichick before being selected by the Cincinnati Bengals in the third round of the 2012 draft. Sanu remained in Cincinnati until he signed with Atlanta in 2016.

He has 33 catches for 313 yards and a touchdown this season.