That´s what he said: 10 best NFL quotes from Week 7 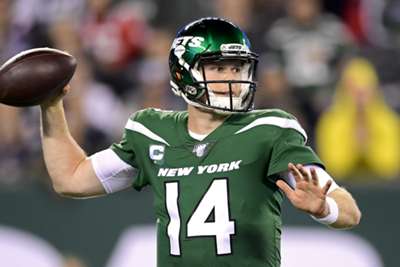 From post-game news conferences to next-day media availabilities, here are the 10 best Week 7 quotes from players and coaches around the NFL:

— New Orleans Saints cornerback Eli Apple on Teddy Bridgewater's performance this season: "He's a real great quarterback. To me, he was making all the right passes and all the right decisions. He's our leader out there, and he was picking them apart. I'm just really proud of him, his story and where he came from."

— Buffalo Bills coach Sean McDermott when asked if he thinks the Bills are running the ball enough: "Well, we're going to do whatever it takes to win by game plan. I know when we've run it, we’ve had some good runs and I like some of the things we're doing."

— Dallas Cowboys running back Ezekiel Elliott did not care for the Philadelphia Eagles' comments last week: "Honestly, we don't give a f-*** what Doug Pederson says," Elliott told reporters, according to The Philadelphia Inquirer.

— The Eagles slumped to back-to-back losses with a dismal showing against the Cowboys, to the embarrassment of quarterback Carson Wentz: "Frustrated, a little embarrassed, they beat the crap out of us, we didn't show up and we've got to be better but I'm confident in this group," he told reporters.

— Despite getting a win on Sunday, Cowboys owner Jerry Jones still has mixed feelings about coach Jason Garrett's hot-and-cold season: "I am looking for reasons. I'm looking for reasons to keep him," Jones said, via ProFootballTalk. "It's merited here. It's hard to get an effective coach."

— Cleveland Browns receiver Odell Beckham Jr. was fined more than $14,000 for violating the NFL's uniform policy, and he was not happy about it: "$14k for some pants that are NOT gonna protect me from anything … this s*** is ridiculous," Beckham wrote via Instagram.

— Baltimore Ravens tight end Mark Andrews was disappointed by his performance in Week 7: "Obviously, didn't play great myself. I've got to be better, I will be better. Everyone has bad games. I'm looking forward to getting back out there and showing my true colours. I think everybody knows that last game wasn't my true colours."

— Oakland Raiders owner Mark Davis issued a statement on the passing of Hall of Famer Willie Brown: "It's a very sad day for the Raider Nation as a whole. … and for my family in particular. … Willie Brown was one of the greatest to ever play the game … but it was off the field and how he treated my mom for which I will forever be indebted to him … it was Willie who was her best friend … we loved and will miss you Willie…"