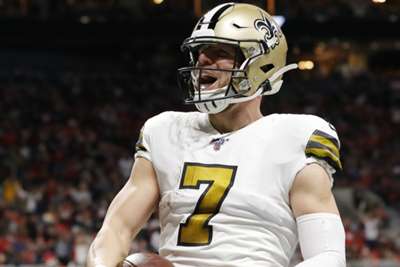 The New Orleans Saints claimed their third consecutive NFC South title courtesy of a 26-18 NFL win over the Atlanta Falcons.

Taysom Hill starred for the Saints (10-2), who maintained their stranglehold on the NFC South by celebrating on Thanksgiving.

Hill blocked a punt to set up a three-yard touchdown catch, while he later produced a 30-yard score as the Saints topped the Falcons (3-9) on Thursday.

Saints quarterback Drew Brees set up Hill for the opening TD in the first quarter and the latter gave New Orleans a 17-9 half-time lead via a 30-yard run after Atlanta's Matt Ryan had connected with Jaeden Graham.