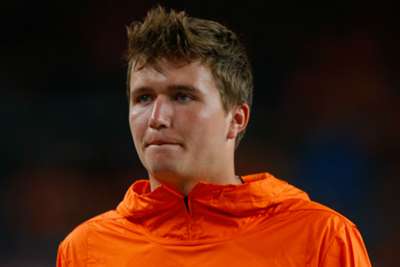 Drew Lock appears poised to make his first NFL start on Sunday after the Denver Broncos activated the rookie quarterback off injured reserve.

Former Missouri quarterback Lock was drafted in the second round of the 2019 NFL Draft by the Broncos, but a thumb injury suffered in preseason means he is yet to debut as a professional.

However, the Broncos activated the 23-year-old on Saturday amid reports Lock will be given the start against the Los Angeles Chargers on Sunday.

Denver started the season with veteran Joe Flacco at quarterback, but he was placed on injured reserve on November 1, with Brandon Allen starting the past three games.

The Broncos went 1-2 in that time, with Allen struggling mightily in a 20-3 loss to the Buffalo Bills last week when he went 10-of-25 passing and threw for just 82 yards.

Denver head coach Vic Fangio did not commit to naming his starting quarterback this week but the suggestion is the 3-8 Broncos will see what they have in Lock for the remainder of the season.