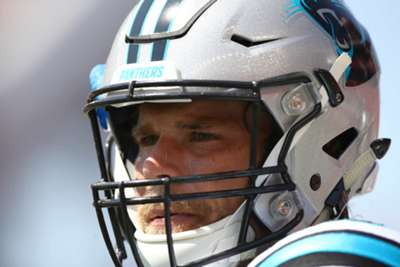 Tight end Olsen went to the locker room following the incident late in the third quarter.

It was soon confirmed the Panthers star would not return as he entered concussion protocol.

Olsen had two receptions for 14 yards in the game, which Carolina trailed 15-14 to the 2-9 Redskins at the end of the third.

The 34-year-old has two touchdowns this season, both of which came in the Week 3 win at the Arizona Cardinals.