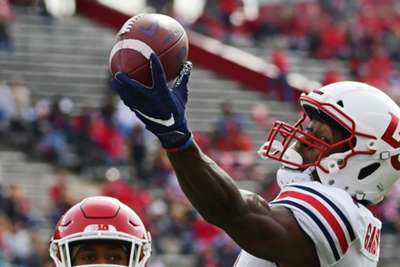 "During my pre-draft training, I tested positive for COVID-19 on March 24," Gandy-Golden said in a statement released by his agent on Wednesday.

"My symptoms thankfully were mild, but I self-quarantined for two weeks and followed all guidelines from health experts. I was fully cleared April 7."

Two weeks after being cleared of the coronavirus, which has killed more than 327,000 worldwide, the Redskins selected Gandy-Golden in the fourth round with the 142nd overall pick.