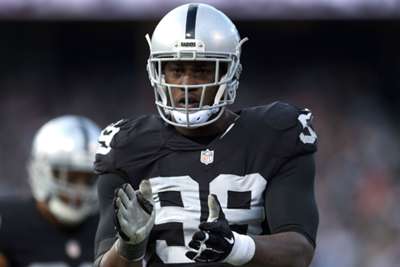 The NFL has reinstated defensive end Aldon Smith from an indefinite suspension, allowing the former All-Pro an opportunity to return to American football after five years away from the game.

Smith's ban was lifted on Wednesday after the former Oakland Raiders – now known as the Las Vegas Raiders – DE met with NFL Commissioner Roger Goodell on a video teleconference.

The 30-year-old's career has been plagued by substance-abuse and off-field problems and has not played since November of 2015, when he was then suspended for violating the league's substance-abuse and personal-conduct policies as a member of the Raiders.

Smith signed a one-year deal with the Dallas Cowboys last month and will be able to join the team's virtual offseason program next week and meet with team-mates and coaches.