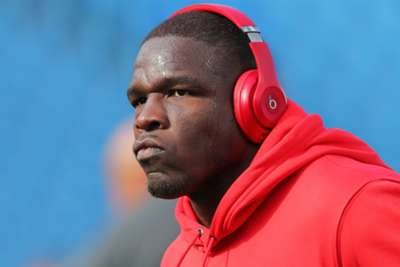 Brady swapped the New England Patriots for the Buccaneers in the NFC South via free agency after a glorious 20-year run and six Super Bowl rings in Foxborough.

The Patriots have won 11 consecutive division titles – and three Super Bowl championships during that period – thanks to superstar quarterback Brady.

But Gore feels the balance of power has shifted in the AFC East, where the Jets, Buffalo Bills and Miami Dolphins are looking to dethrone the Patriots.

"It's wide open," the 37-year-old said via a videoconference call with reporters on Thursday. "Brady's gone, and it's wide open.

"You've got young quarterbacks, Sam Darnold and Josh [Allen]. I don't know what Miami is doing or whatever. I think it's wide open."

There's already a lot on @mademan71 's plate, but that doesn't bother him.

"I can succeed with anything I put my mind to."

Gore is preparing for his first year with the Jets after brief spells with the Bills and Dolphins.

The five-time Pro Bowler has reunited with head coach Adam Gase following the pair's time together in Miami, while the latter's relationship with star Le'Veon Bell has dominated headlines.

Bell struggled during his first season in New York and Gase is looking to lighten the workload for the three-time Pro Bowler.

On Bell, Gore said: "I told him I need a jersey to put on my wall just because I respect his game. I respect the way he prepares himself to get ready for the season. ... He always respected me; I respected him.

"It will be fun. I've been around a bunch of talented running backs my whole career -- college, the NFL. I'm going to do whatever it takes to help him, to help the other guys and also help the team be successful."

"I'm cool," Gore added. "I'm happy to be playing this game at my age. I'm happy that this organisation is giving me an opportunity. I'm just coming in to work and help all the young guys, and show them young guys I still can play. Whenever I get my number called, I'll just try to go out and make a play for our team to be successful. I'm very excited."