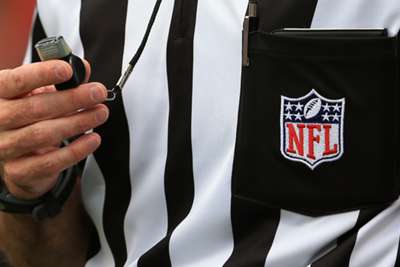 NFL owners have opted not to put into effect a proposed rule change for the 2020 season that would allow teams the opportunity to run a fourth-and-15 play to attempt to maintain possession following a score.

The proposal, which would have presented a seemingly easier alternative to retain possession than an onside kick, was tabled to be further discussed at a later date during Thursday's virtual owners meeting, according to the NFL Network.

Owners did approve a few other rule changes for the upcoming season, including the expansion of automatic replay reviews to include scoring plays and turnovers negated by penalties and all point-after attempts. The league also increased defenseless player protection for kickoff and punt returners with possession of the ball and increased the number of players eligible to return from injured reserve from two to three per team.

Another change will prohibit teams from committing multiple dead-ball fouls with the game clock running in an attempt to take as much time off the clock as possible, a tactic that was employed prevalently this past season by teams forced to punt while holding a late lead.

The NFL will also test an expanded communication system between on-field officials and the replay booth during the preseason. Owners had withdrawn a proposed rule change that would add two booth umpires to the officials' crew on Wednesday.

The fourth-and-15 proposal would have provided coaches the option to have the offense attempt a play from its own 25-yard line following a scoring drive, with the team retaining possession should the play gain 15 yards or more. The opponent would take possession at the dead-ball spot should the play fail.

The NFL has been attempting to devise ways to improve the chances of teams to come back when trailing late in games. With the league implementing stricter safety measures on kickoffs in recent years to lessen injury risks, the success rate of teams being able to recover an onside kick attempt has been greatly reduced.