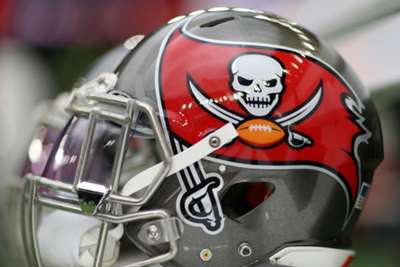 The Tampa Bay Buccaneers have closed their training facility for sanitation after employees tested positive for the novel coronavirus, the team said in a release on Saturday.

The team did not reveal the names of the infected individuals and did not say if players were among them.

Employees who tested positive – along with those who were deemed to be at risk through contact-tracing – have been told to self-quarantine for 14 days.

While the training facility has been closed for sanitation, the Buccaneers will keep some employees working in their team office, which remains open.

The news comes one day after NFL Network reported that a San Francisco 49ers player has tested positive for COVID-19 after training with team-mates in Tennessee.

All players who were on that workout trip are reportedly to be tested.

The NFL still plans on starting the 2020 season on September 10, despite a recent rise in COVID-19 cases in the United States.

Some states, including Florida, have seen their largest number of new cases since the start of the pandemic.

Florida has reported nearly 94,000 confirmed cases and 3,144 deaths from the virus.

While some other states have seen a recent rise as well, Florida’s numbers are ominous for the U.S. sporting world, with three NFL teams calling the state home and the NBA set to resume its season in Orlando in late July.

The NHL's Tampa Bay Lightning shut down their practice facility after several employees, including three players, tested positive for COVID-19 on Thursday.