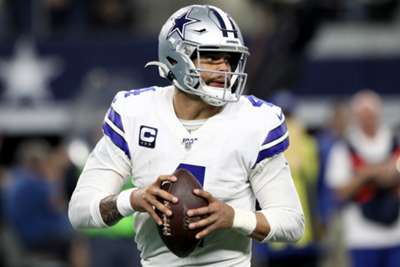 Dak Prescott signed his $31.4million franchise tender with the Dallas Cowboys for the 2020 season on Monday, according to reports.

Tagged back in March, Prescott and the Cowboys could still try to work out a multi-year contract extension, and the two sides have until July 15 to work out a long-term deal.

If no deal is worked out by then, they will have to re-negotiate next offseason or the quarterback will hit free agency, although the Cowboys could also choose to franchise him again.

Since being drafted in the fourth round in 2016, Prescott has never missed a game, while his 15,778 passing yards ranks sixth in the NFL and his 97 touchdown passes are tied with Carson Wentz for ninth.

Despite being one of the league's top passers, the two-time Pro Bowler has made just $4.9 million through his first four seasons in the NFL.