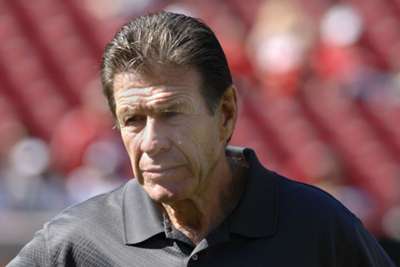 Joe Bugel, best known as the architect of the Washington Redskins' dominating "Hogs" offensive line, died at the age of 80 on Sunday.

Bugel began his NFL coaching career with the Detroit Lions in 1975 and was also with the Houston Oilers before joining the Redskins in 1981 and working under Hall of Fame coach Joe Gibbs through 1989.

"I am absolutely devastated by the news of Joe's passing," Redskins owner Dan Snyder said. "Joe was a larger than life figure and a true legend of his profession. He exemplified what it meant to be a Redskin with his character and ability to connect with his players along with a work ethic that was unmatched.

"We shared a special bond and he was a great friend. He was a man who not only gave me a better understanding of the game of football, but who also gave me perspective on what is truly important in life. I absolutely adored him and will miss him terribly."

Statement from owner Dan Snyder on the passing of Joe Bugel pic.twitter.com/LwnxZxKLnX

Gibbs said: "Joe had an incredible passion for the game of football. He came to work every day with such great excitement and his players had tremendous respect for him. The strength of our coaching staff on both sides of the ball was a key reason we had so much success.

"Bugel was such a big part of that and his impact was felt not only by those Redskins' teams, but truly across the entire league. I will miss his friendship and I will always cherish our late-night arguments putting together the game plan each week."

Bugel left Washington and became head coach of the Phoenix Cardinals from 1990-93, going 20-44. His next stop was with the Oakland Raiders, where he was the assistant head coach for offense from 1995-96 before posting a 4-12 record as head coach in 1997.

Bugel eventually made his way back to the Redskins, finishing his career as the assistant head coach for offense from 2004-09.

"His accomplishments as one of our sport's truly legendary coaches speak for themselves," Cardinals owner Michael Bidwill said. "But the first thing I think of is how he lived his life and the kind of quality human being Joe Bugel was.

"We join all of those who today celebrate his remarkable life and mourn his passing."