Cam Newton ´will be great´ for Patriots 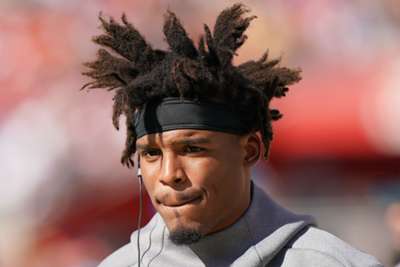 Cam Newton "will be great" as the New England Patriots' quarterback, according to one of his former offensive coordinators.

The 2015 NFL MVP's wait to find a new team is seemingly over after the Patriots reportedly agreed terms on a one-year, incentive-laden deal with Newton on Sunday.

Newton, the first overall pick in the 2011 draft, spent nine seasons with the Carolina Panthers, leading them to the playoffs on four occasions and to Super Bowl 50, where they were beaten by the Denver Broncos.

However, he has been troubled by shoulder and foot injuries in recent seasons and the Panthers decided to move on from Newton after the 2019 season as they look to rebuild under new head coach Matt Rhule.

Newton has now landed in New England, where he will be expected to succeed Tom Brady as their starting QB, and ex-Panthers offensive coordinator Norv Turner thinks it is a savvy move from Bill Belichick's franchise.

Belichick called Turner and asked for a reference on Newton, who he coached in Carolina in 2018 and 2019.

"Just look at the tape - played his ass off. His issue was more health than anything else, and from what I understand, I don't think these are health issues that he can't overcome.

Newton posted a message on his social media accounts outlining his excitement to play for one of the most successful NFL franchises in recent years.

"All praise to God! Dropping content tomorrow!! I hope you're ready!! #letsgoPats"