Patriots up to six opt-outs after Hightower, Chung withdraw from 2020 season 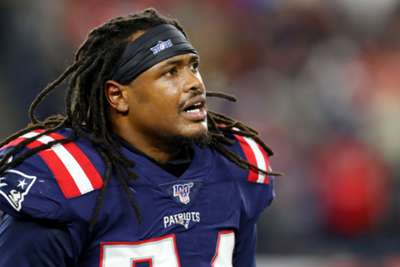 The New England Patriots have seen their number of opt-outs from the 2020 season rise to six after Patrick Chung reportedly joined Dont'a Hightower in electing not to play.

Linebacker Hightower, a two-time Pro Bowler and a key member of three Super Bowl-winning Patriots teams, confirmed to NFL Network's Ian Rapoport that he would opt out.

Hightower, whose fiancee gave birth to their first child on July 16 and whose mother has type 2 diabetes, said: "Me and my fiancee are just more concerned with the health of our family than football, especially the new addition to our family."

Safety Chung, who has also won three Super Bowls with the Patriots, has come to the same decision as Hightower, according to ESPN.

Hightower was due to earn a base salary of $8million while Chung was set to earn $1.1m.

The withdrawals of the defenders follow those of Patriots team-mates Marcus Cannon, Danny Vitale, Najee Toran, and Brandon Bolden.